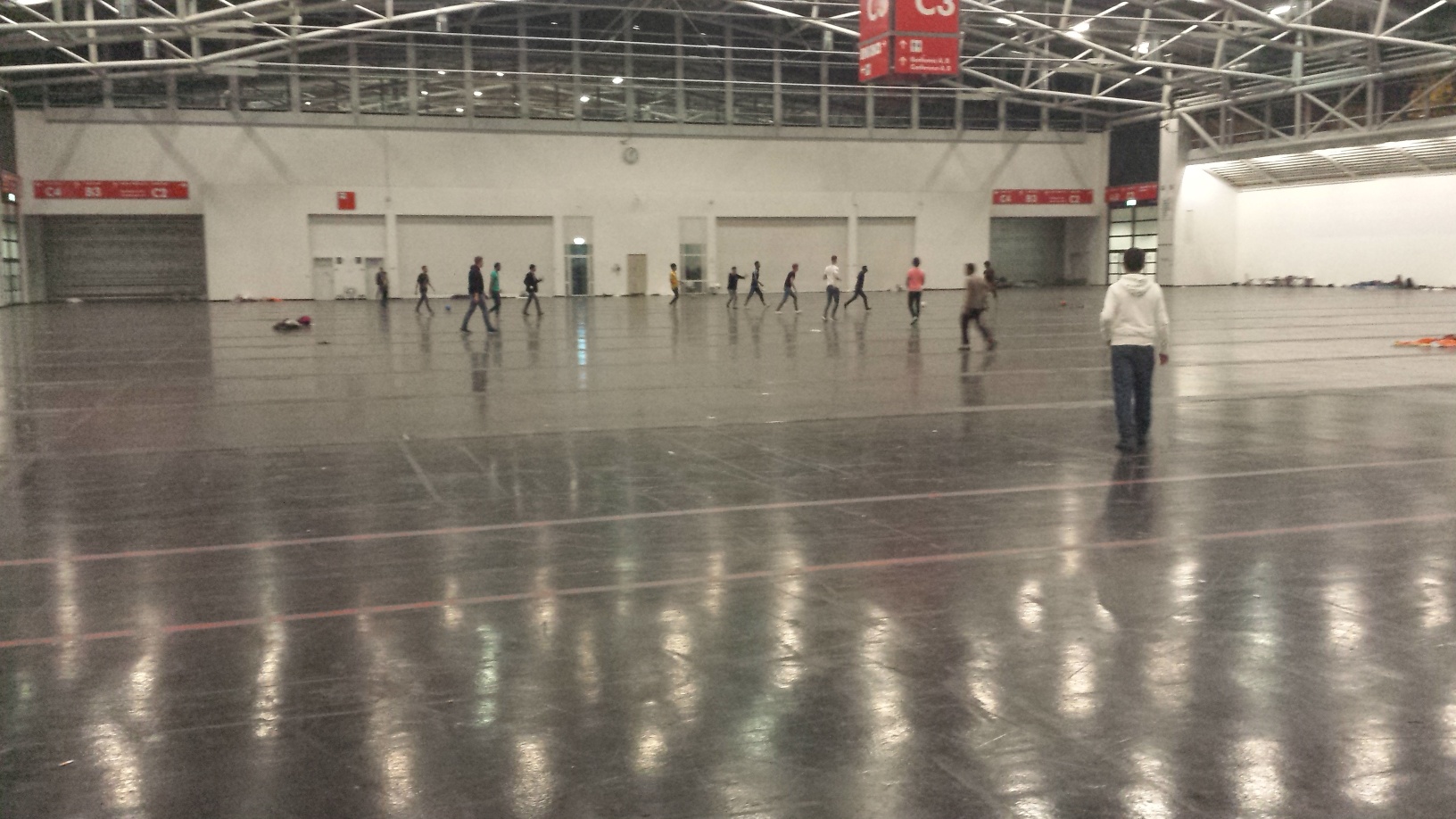 Last night from 1 a.m. to 10 a.m., I volunteered at the relocation center on the premises of the Munich Trade Fair (Messestadt) as an Arab-speaking interpreter. When I was not interpreting, I had the opportunity to talk to some of the refugees, an opportunity not available to most of our volunteers due to the language barrier. Once the refugees knew I could understand them, many began telling their stories without me even having to ask. I found them interesting and hope these stories are also of interest to others: