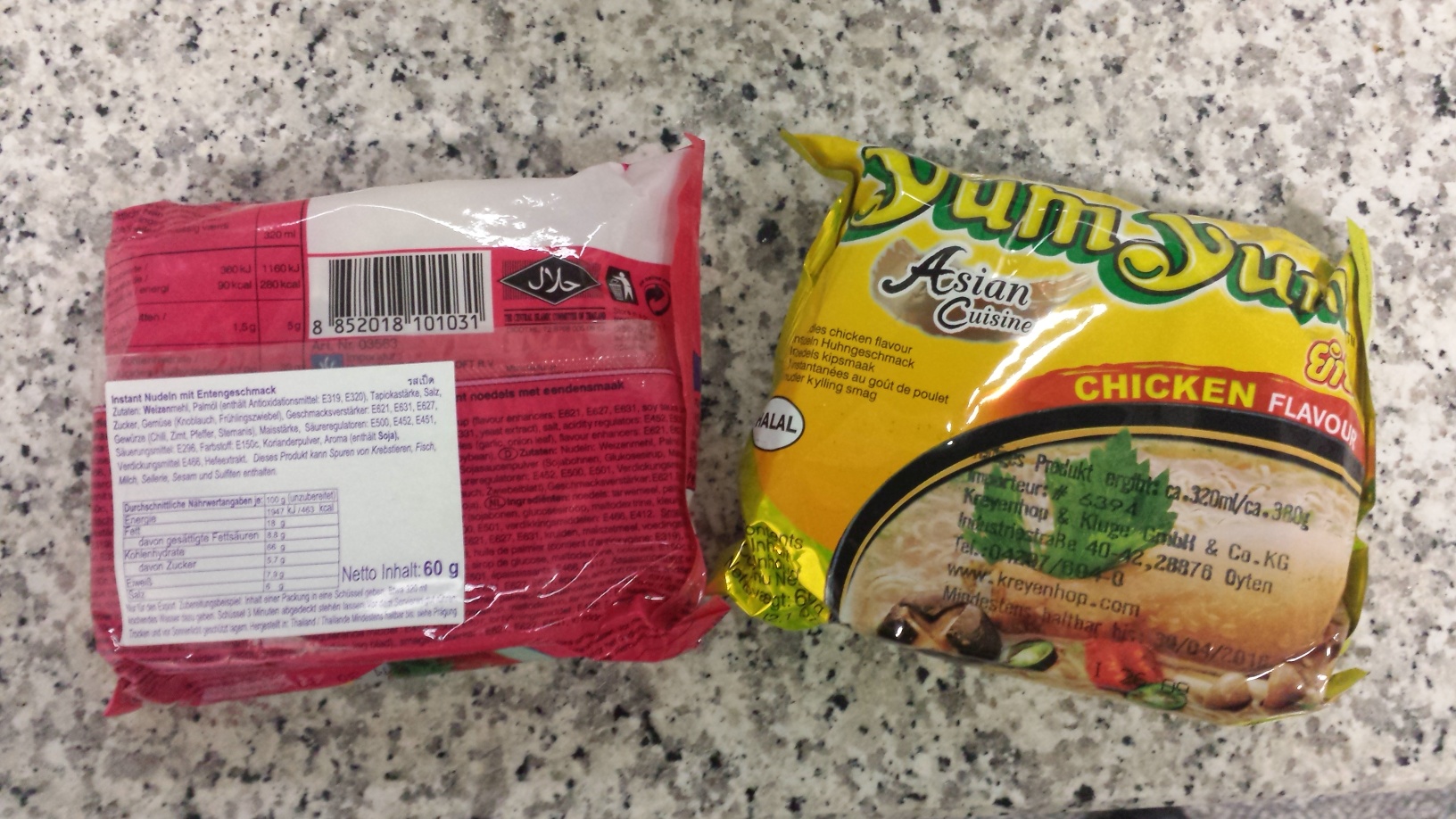 Yesterday I went to the Johanniter emergency shelter in Dornach for the first time. I was there from 8 p.m. until 1 a.m. and helped to translate, there were several situations that arose.

A young man of about 25 from Damascus comes to me and needs help with his SIM card. It turns out that he has used up all his credit. He wants to study mechanics in Germany. He says Germany is the land of mechanics. Very quickly we get talking about his journey.
– I steered the boat.
– What do you mean? Does that mean that you were the trafficker?
– I had no money to pay for the crossing, so I had to steer the boat. The helmsman can take the trip for free. I was carrying a significant responsibility and a lot of pressure.
– Were you traveling alone?
– No, my father and my 8-year-old brother were there.
– And what was it like?
– Praise be to Allah, I was very lucky, the sea was as smooth as oil. There were absolutely no problems.
The young man seemed to have a great desire to communicate, because he continued immediately:
– You know, on September 2nd, exactly 2 weeks ago, I was in Damascus at the university and a missile struck right next to me.
– You were unhurt?
– Yes, thank God. It was at the university. The missile shot into the building beside me into the upper floor. There was shrapnel everywhere, nothing happened to me but it caught my friend who was standing next to me. We hid in a building, 15 minutes later a second missile hit, it killed four people and no one opened our shelter.
– Are there shelters in the university?
– Yes, there are shelters everywhere.
– And why did no one open it?
– They are reserved for the military and the regime officials.
I imagined the situation. When I said nothing, he said: “As the first missile struck and shrapnel hit my friend, they tore him to pieces. He lay beside me on the floor in his own blood. I couldn’t bear the sight. I couldn’t help, I’m just left him.” He looked at me with an embittered, hopeful look as if he was hoping that I would forgive him. “You know, the way and the journey were like a therapy, they helped me to cope with it all…”
At this moment another Syrian came and joined us. He asked what we were talking about. Disappointed to have been interrupted, the young man replied: “Oh, you know about Syria and everything…” I said goodbye, because someone needed a translator. He watched me and the look in his eyes was still bitter, but this time also disappointed.

As I come to where they are serving food, I notice an Arabic-speaking helper who is talking to the other helpers in good English. At some stage I get to talk with him and I learn that he is also a refugee and has only been at the accommodation for a few hours. He said: “I saw that there was a lot to do, so I offered my help. Now I’m also wearing a yellow jacket.” He speaks Arabic, English, French and Turkish, he has not been in Germany long enough to speak German yet, he says. I asked him about his trip: “It took me seven days to get from Deir Ezzor to here,” he said, looking at me proudly.
– Only seven days? You’re the first person I have spoken to who made it so quickly.
– Praise be to Allah, I wasn’t stopped anywhere.
– Not even in Hungary?
– No, absolutely not. At the border they put us into a bus and drove us to the Austrian border.
– Others have really suffered in Hungary.
– No, I was lucky.
I ask him why he decided to flee now. He looks at me and smiles bitterly. Then he says.
– It was unbearable. The war, then IS. There are many Tunisians in IS.
– I am sorry. It feels shameful.
– You know, when the revolution started, I tried to help for four years. Look, I’ve been here for less than 24 hours and then I’m already working as a helper. I always try to help when I can. But it wasn’t possible anymore. The only choice I had left was to sit around at my father’s expense or to take up arms. But I do not want to kill my brothers. So I decided to try my luck and make my way to Europe.
When I asked him if I could tell his story, he hesitates and looks into the distance. Then he says: “I have no problem with you telling my story, but tell them that everything is a lie. If the West says that it has bombed IS positions and the IS has withdrawn, then that’s a lie.”
He has a college degree in petrochemicals and dreams of studying at the Technical University of Munich.

It is meal time. There is toast, cans of sardines, honey and jam, but nothing warm. A man says, “My daughter has not eaten in two days. She doesn’t eat sardines. Do you have anything warm? Just white rice. That would be enough.” Later we found a box of 20 packs of Chinese instant noodles. To my surprise, even labeled as halal (similar to kosher). We distribute the noodles to the children. An elderly man comes up to me and says:
– Will you give me noodles too.
– I’m sorry, we have very little of it, so we are only giving out to the children
– But I want it for my children, I have three children.
– Bring them here, then I’ll give you the noodles. Do not misunderstand me.
– But they’re sleeping. Should I wake them now? Give me two packs for three children. Then they can eat breakfast tomorrow morning before we leave.
I’m torn. I believe him. He seemed to me to be too proud to lie to me for a few noodles. I tell him: “Listen, I can’t give then to you now, otherwise everyone will come and want the same thing, claiming they have sleeping children. Wait a bit and come to me when the room is not so full.” He thanked me, but didn’t come back later.

A man of about 45 from Deiz Ezzor, a mathematics teacher, wants to know how to get to the French consulate’s representation. He was previously at the conference center in Riem (Messestadt), where he had already spoken to them. He had hesitated too long, and then they were brought to Dornach. He has decided to go to France, because he had been promised an apartment and a quick residency permit. In addition, there was the possibility that the French would pay to bring over his wife and children. I asked:
– Are you sure that they will do that?
– That’s what they said. They promised.
– I’ve heard that some Syrians without a degree have been rejected. Did you show yours?
– Yes, I showed them documents proving that I am a mathematics teacher.
– Do you know whether others have been rejected?
– Yes, some were rejected. But I won’t stay there forever either. As soon as the war is over, I’ll return to my country and kiss the ground.
He intended to make his way to the French consulate the next day.

A woman of about 35 asks me if there is the possibility of family reunification in Germany. I don’t know
– Who do you want to bring over?
– My husband and my three children.
– Are you here on your own?
– No with my 4-year-old child. My husband stayed with my three older children in Turkey.
– Really? That’s unusual.
The woman smiles and says: “My husband did not dare to get into the boat, he was afraid. So I just left.”

A young man in shorts wants to go to where they are handing out clothes. It has already closed. He asks:
– Tell me, will I have problems in Germany if my family sends me money?
– Why would you get problems?
– I’ve heard that they take money away from asylum seekers.
– Well if your family sends you a hundred thousand euros, then you may not get any support from the state.
– A hundred thousand euros? (He laughs) I could start a business with that. They want to send me 500 euros.
– Well, I do not think that they would take that amount away from you.
– I need the money, I’ve had everything stolen from me on the way. In Greece I had 2,500 euros stolen from my pocket, and in Hungary my backpack was stolen with everything I have. Where is there a Western Union?
– In the town at the main station you will definitely find one.
– Is it far to walk from here?
– To walk? Why don’t you go by S-Bahn (suburban train network).
– I have almost no money.
– It only costs 2.70 euros.
He rummages in his pocket and finds 2.96 euros. Visibly pleased he decides to go to the city center the next morning.

Three youths come up to me. All three have acquired SIM cards from different vendors. They complain that they have no Internet. I ask you to bring me the documents. But it turns out that the cards only allow calls and SMS but no Internet connection. Disappointed, one asks:
– Can I send the balance to another card by Internet?
– Well, I know what you mean. That’s also possible in Tunisia. But you can’t do anything like that in Germany. They are a bit backward in this respect.

A Pakistani comes into the medical center. He has lived in Libya for a year and so he speaks Arabic. I translate. He complained of severe itching. When he lifts his shirt, a palm-sized patch of eczema is visible. One helper is frightened and suspects that it is leishmaniosis, a tropical infectious disease. The man is taken straight to the quarantine area. Later, a doctor examines him and it turns out that it is only a severe form of psoriasis. A paramedic promises the man that he will get him the medication he needs the next day and told him that this disease can be treated well in Germany.

It is already 12:30. I sit with another interpreter by the paramedics’ area and we chat. Two men and one woman – all three refugees – run along the aisles collecting the garbage and putting it into garbage bags. The interpreter next to me, a Palestinian himself, thanks the three of them. One of them says with an Iraqi accent:
– But that’s normal. We have been taken in here, so we also have to behave in a civilized way. You guys are all volunteers here. Why should you have to clear up our garbage?