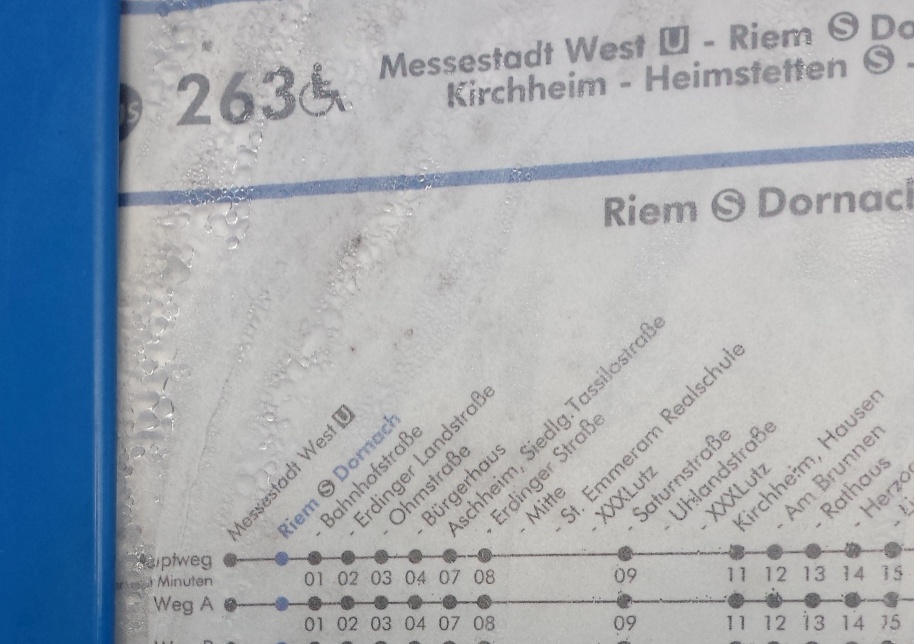 Actually, this weekend should have passed calmly. On Friday, no one was expected and Sunday was even declared a day of rest. Surprisingly, however, in the afternoon the message came that buses were still to be expected. Thus, I got on my way and was at the accommodation facilities from 6:30 p.m. until around midnight. Two buses arrived. Many of the arriving refugees had already been registered in initial reception facilities, but were brought back to Dornach due to overcrowding. That evening, once again a few encounters came about.

A young man younger than 18 years asks me to call his uncle. The latter was on his way to Dornach to pick him up. However, he had problems finding the accommodation. While we were waiting, we started talking:

Silently, we wait until his uncle picks him up and his siblings.

A black African pair gets off a bus. The man is tall and muscular as if he came out of an action movie. The woman is advanced in pregnancy. I wonder if they speak Arabic. The woman says:

It is already late and I get hungry. I sit down, eat some soup and a bun with it. A slightly corpulent Syrian, around 25 years old, sits down next to me. He seems to be in a relatively good mood and tells me to enjoy my meal. I ask him where he comes from.

He laughs and says: „No, I’m not. Anyone who sees it thinks the same thing, but it should be something completely different. However, the tattooer made a mistake.“

A young man comes up to me at the food counter. He takes me aside and says:

A bus has arrived and the people are assigned beds, depending on their nationality. A man from this bus does not speak Arabic, but only bad English. I ask him where he comes from.

He is the only Iranian in the accommodation. There are many Syrians and Iraqis, but they do not like the Iranians because of their involvement in the wars in the region. So I gave him a choice: „Do you want to go into the room with the Syrians, the one with the Iraqis, the Afghans or the Africans?“

His answer comes promptly: „Afghans!“ Many Afghans speak Farsi (Persian). This is probably also a reason for his decision.

A couple with three children gets out of the bus. They are Syrians. Father and mother are each carrying a sleeping child. A third child is walking by their side with half-closed eyes. All of them look extremely tired. The woman is advanced in pregnancy. Someone takes the child off her. Later that evening, a helper tells me that the woman already is pregnant in the ninth month and that on that evening she already had contractions every 20 minutes.

I just think: What can persuade a man to get into a boat with his heavily pregnant wife and his three children, and to cross the sea?

Lying on my bed, I think about the tears shed by the Syrian from Halab (Aleppo). I think about all the powerful people who destroy a people and a country. And again and again I see the image of the small Syrian girl in front of me.