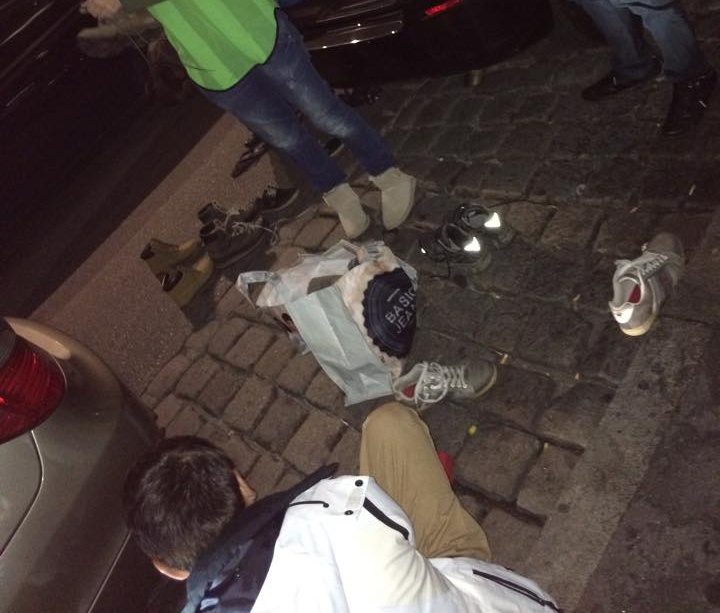 Yesterday evening I was at the central bus station from 8pm until midnight working both as a volunteer helper and an Arabic translator. I only had a few smaller encounters. There were also a large number of Afghanis around, with whom I cannot converse as their language is different.

As I arrived, a young Afghani minor was sitting with a group of volunteers. He was supposed to be taking a train to Zurich the next morning at 7am where relatives were going to meet him. He had originally tried to take the bus to Zurich but the driver would not allow him to board on his own because he lacked the required documentation. By coincidence there was a group of other people waiting for a bus to Zurich at the time. We asked a group of young women on their way home from the Oktoberfest whether they would be prepared to accompany the young man to Zurich – we had been informed that underage persons could travel without a passport if they are accompanied by an adult – and they agreed. We arranged for a telephone translator to tell the young man of his luck in his own language – nobody present at the station spoke Farsi. The young Afghani was able to board the bus together with the adults with no further ado. I asked the woman accompanying him to let me know when they had safely reached Zurich.

Another Tunisian volunteer and I started looking around for refugees in order to offer them something to eat or drink. We meet two young Syrians from Halab. They would have liked to travel to Holland but there were no free spaces on any buses for another two days. One of the young Syrians had been travelling for two weeks, the other already for 45 days. We had a long conversation about the best and fastest way to reach Holland. At one point one of them asked me:

A bit later, the two of them turned up at the volunteer stand and ask whether they can help us at all. One of them said:

Three young Syrian men were waiting for a bus. One of them was an air-conditioner technician, one a car mechanic and the other a bodybuilder. Their shoes were in a state, so we organised new pairs of shoes for each of them. One of the three took me aside and said to me:

I returned home at midnight and continued to work on an article I am writing. At 3am I finally went to bed. Just as I was closing my eyes my mobile vibrated with an incoming text message. I took a look – it was a message from the young woman telling me: “The young man has arrived safely in Zurich.”