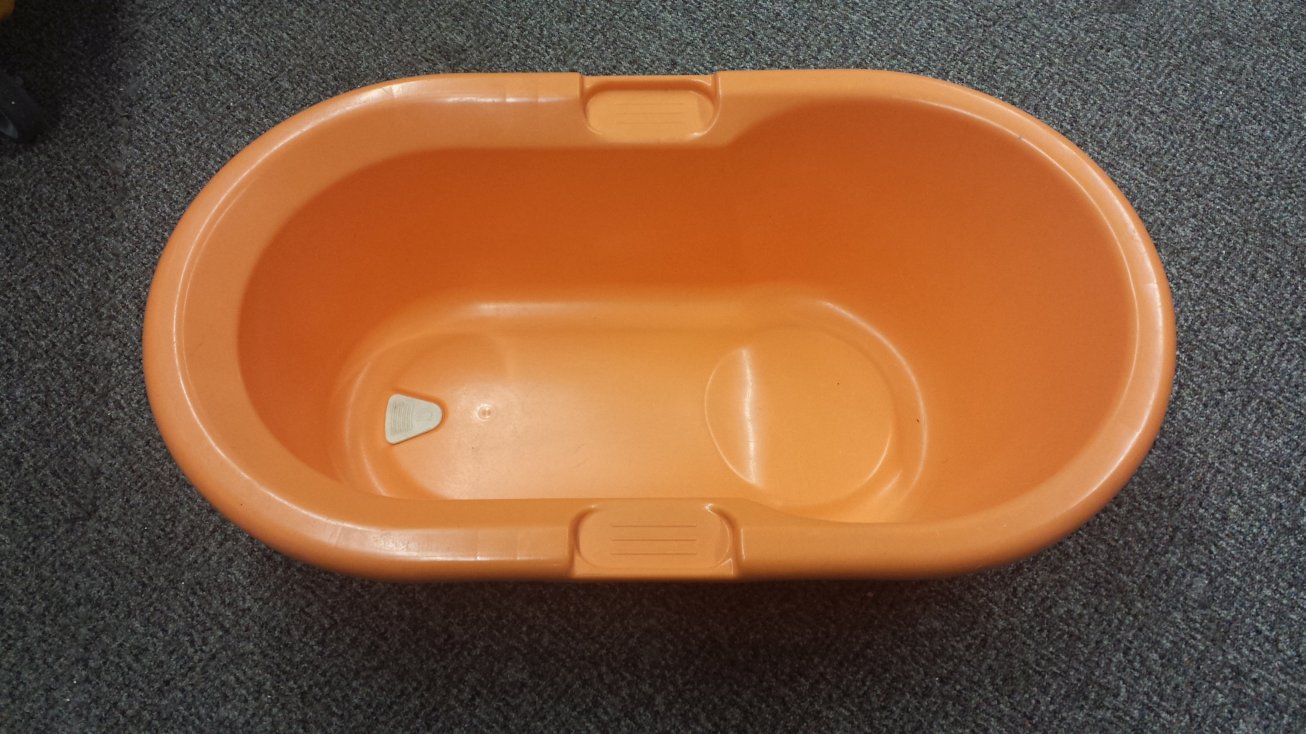 Even though Dornach is to be closed at the end of the month, again 600 refugees have been moved there just recently. Some of these have been accommodated there for over a week now and no one knows exactly what is going to happen. Upon request, the information was given that at least some of them are to stay there for up to three weeks, which, due to the imminent closure, is a problem. In any case, I was on site once again from 7:00 until 1:00 o’clock and helped with interpreting. As usual, a few encounters came about, of which I will report here.

I come to the Hospitallers‘ paramedics for translating. A man is sitting in a wheelchair and has one leg stretched out in front of him. He is Syrian and comes from Ladhiqia. Immediately, a relatively large tattoo of a cross on his wrist strikes me. I assume that he is a Christian. I ask him what happened to him.

„I submitted an application for a student visa at the German embassy in Lebanon. This was granted. For the visa, I had to take out a German health insurance. However, there was still an entry from Syria missing in my passport. For this entry, I went back one last time from Lebanon to Damascus. There it happened. „As he spoke he contorted his face with pain. Eventually, he bowed his head as if waiting until a wave of pain passed.

When he had recovered somewhat, I continue to further: „What happened? Were you wounded?“

„I stood on a balcony when a projectile hit the building. I was injured in the course of this. Financed by the church, I then underwent emergency surgery in Lebanon. The surgery went wrong and since then violent pain worsening every day torments me.“

„How did you get to Germany in your state?“

„I had a student visa and could fly here.“

„Ah, I understand. And now you will get operated on here?“

„I’d love to, but since I was already treated in Lebanon, the German insurance refuses another surgery. They say that this is a question of medical malpractice and that therefore not the original injury is responsible for my pain. But what was I supposed to do? It was an emergency surgery!“

„They probably expect you to first phone them, so that they can tell you where you should be treated.“

As I walk through the corridors, two young Syrians come up to me and ask:

„Brother, do you have work for us? Please, anything. We just sit around all the time. Apart from eating and sleeping we have nothing to do here. We are slowly going crazy. We need something to keep ourselves busy.“

„How long have you been here?“

„I have been here for a day and he, for four days,“ says the one of them, pointing to the second young man.

I wonder what they can do and ask a few other helpers, too, but it is already late and therefore there is not much left to do.

„Do you speak English?“

„I speak English very well,“ says one of the two.

„Then maybe you could translate for the paramedics.“

„Yes, I’ve been doing that sometimes. I just stand in the ambulance sector and translate for anyone who needs it.“

I walk through the various areas with them but cannot find a suitable task. Frustrated, the one says in the end: „We would do anything, even collect the garbage. The main thing is a task.“

A young couple with an infant shares a room with a second couple of friends. We go into the room but find only the father. We ask him whether they want to bathe the baby. He replies: „I’d prefer to bathe the little one every day. He sweats a lot here and the water is good for him.“

We agree that we will come back later. Before we go, the young head of the family says: „Would you do me a favor and write down the German letters for me? To be sure, I know the English letters but they told me that there are others, too, in German. And the pronunciation of certain letters is said to be different from the English. Is that correct?“

I sit down with him, write down all the letters and help him with the pronunciation. He seems to be in a hurry to learn German. I see several pieces of paper of his with transliterated words. When I explain the „ß“ to him, he says:

„I thought this is a“ B „and have pronounced all the words with this letter completely wrong.“

Later, I am asked to separate the young family from the second couple in the room, so they can concentrate on their newborn. We suspect that both couples will speak out against the separation. But when I submit the suggestion, it turns out that the two couples had not even known each other before. To be sure, all of them are Kurds, but while the family comes from Syria and speaks Arabic, the couple is from Turkey.

The separation takes place without any problems. The young father even says: „I am relieved that we finally have a room for us. I would have been happy if we had had a private room from the start, but I thought that you had no other rooms.“

Later we talk even more. He tells me that he is from El-Qamishli. This is a city near the Turkish and Iraqi borders with a high proportion of Kurdish residents.

„How old is your son?“ I ask him, looking at the little one.

„23 days,“ he says proudly. His wife is holding the child and sits next to him. „He was born while we were en route in Turkey,“ he adds.

„And how did you continue your journey?“ I ask in surprise.

„When he was two days old, we got into a rubber boat and crossed the sea.

„Thank God everything went well!“ I say, without wanting to imagine how scary this experience must have been. „Was the crossing without any problems?“

„Not quite. The coast was very rocky and the boat was ripped open. It filled with water and I jumped into the sea. It went up to my chin. I held my son over my head with my hands. Luckily, a fellow traveler helped me who had already climbed a rock and took him from me. This is how I then could save my wife from the sinking boat.“

At the moment, his son begins to cry. I look into his toothless face and say in thought: „When he’s grown up, you’ll have much to tell him.“

He looks at his son and says with a smile: „Oh yes, very much.“

When his wife starts to breastfeed the little one, we go into the corridor and talk some more outside the room: „Why did you actually flee? Because of the ISIL? „I ask.

„The ISIL has tried to attack us, but it sure could not harm us.“

„Because the fighters of the PYD („Party of the Democratic Union“) and the PKK („The Kurdistan Workers‘ Party“) are defending our region. They are too strong. They have weapons from the West.“

„And what caused you to flee?“

„The regime. They wanted to recruit me for the army. Then, I would have had to fight. But for this regime I would never fight.“

„You know, we Kurds have not even been given the Syrian citizenship. So why should I die for them?“ he asks me, without expecting an answer.

„How long have you been living in Syria?“

„For several generations, at least for 200 years“, he says and continues: „You know, we are not allowed to buy land or houses. If we buy houses, then in the name of acquaintances who have a citizenship. There is a lot of fraud for this.“

„What kind of fraud?“

„The person in whose name the house is registered for the sale sometimes simply keeps the house for himself. Something like that happens often.“

„But why do some of you still have Syrian citizenship?“

„Those are the ones who work together closely with the regime. Often they belong to the PKK and the PYD. For us ordinary Kurds, life there is very hard. We cannot study and don’t have any prospects for good jobs. We are maltreated by the police and have no rights. And the situation is now even worse there.“

„Do you mean since the war has started?“

„Yes, that’s it. Lately, there is hardly anything to eat. You can no longer feed your family.“

„Aren’t there any agricultural areas on which vegetables can be grown?“

„Yes, there sure are. However, they are mainly in the hands of the PKK and the PYD.“

„And they don’t distribute the food to the people?“

„No, they are sold to buy the weapons from the money.“

„I write a blog, may I tell your story? I understand if you’re scared, but it’s all anonymous.“

„No, do tell it. I had to take so many blows that nothing frightens me any more. People shall hear our story.“